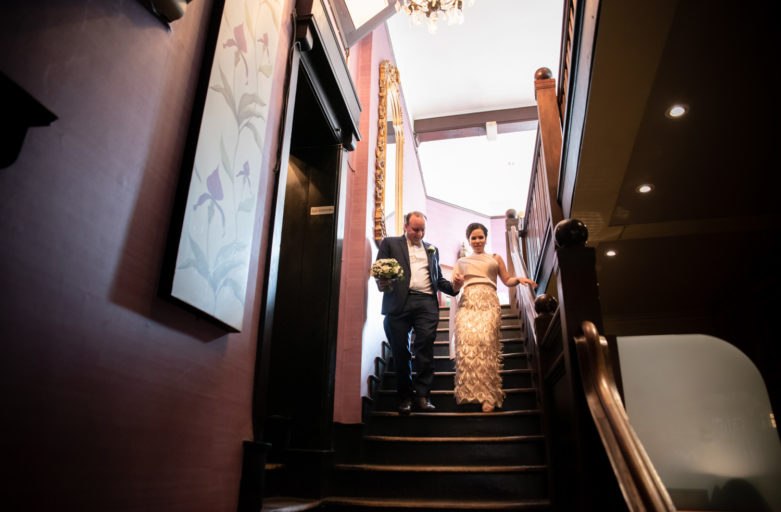 I visited a fantastic venue in the heart of Knutsford last weekend: The Belle Epoque.

The venue celebrated the union of Aum and Dodd who had flown over from Thailand the night before to be with their friends and family.

The couple, who currently live in Bangkok, got married there two weeks ago and wanted to organise a reception in the UK for those who couldn’t make the trip. Aum and Dodd don’t come back to the UK very often so they wanted a relaxed day and a quiet evening to celebrate this special family gathering.

Being already legally married, Aum and Dodd chose to have Charlotte Simpson as their celebrant for a truly personalised ceremony. Charlotte told the story of Aum and Dodd’s first date and how the groom proposed several times before Aum realised he wasn’t joking! She also mentioned how the groom’s grandma Faye had had an important part in the proposal.  After Faye realised that Dodd didn’t have a ring to propose with, she gave him one of her own. There was laughter across the whole room!

This was also the first time I had visited this beautiful venue but I was curious as to why the venue had a French name so I asked John, the manager.  The Belle Époque means “Beautiful Era” and was the period of time before the first World War when the French were obsessed with making beautiful things like paintings, sculptures and buildings like this venue.

Congratulations to Aum and Dodd who are now travelling around Europe for their honeymoon and I wish that their marriage is a “Belle Epoque”!